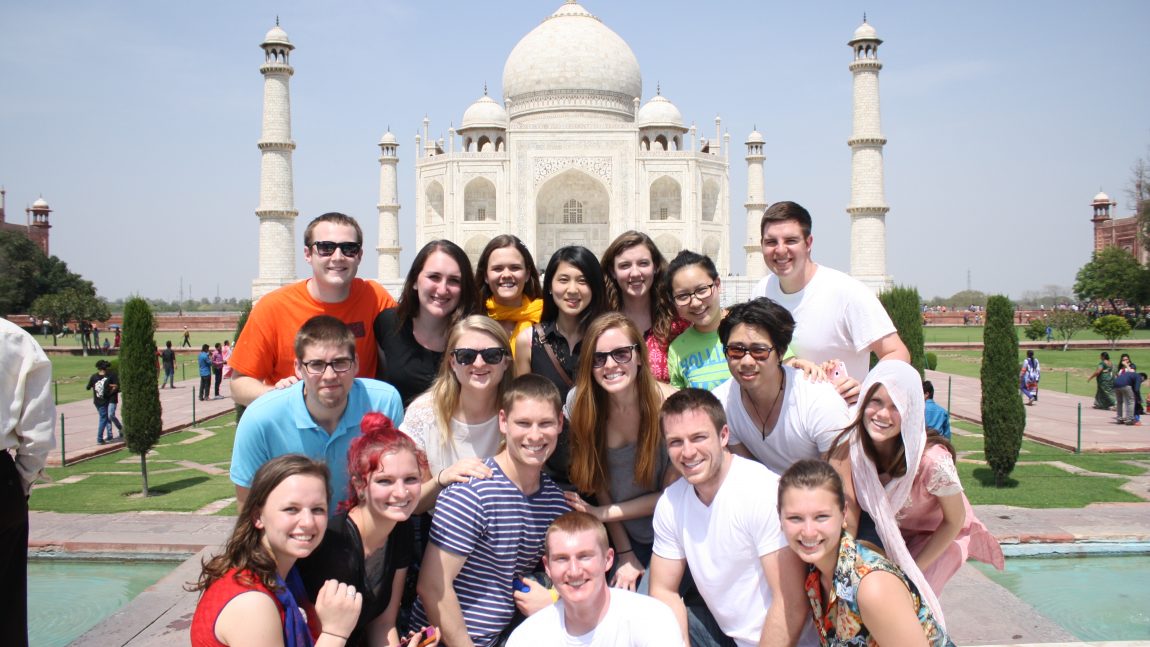 Commissioner Commentary: Discovering the Roles of the Middleman

By John Mueller and John Pease, Supply Chain Management students at the University of Illinois at Urbana-Champaign 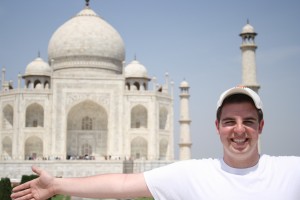 Traveling to India was a first trip outside the U.S. for John Mueller (pictured above) and John Pease. Credit: ADMI/K.Wozniak

When we hopped on the bus for the fifth day of this amazing trip, we were extremely excited to witness the legendary Taj Mahal and add to the many adventures of our trip to India. Little did we know that there were also many picturesque, inspiring, engaging and captivating detours included in today’s activities.

It goes without question that our experience at the Taj Mahal was the highlight of the day. Upon entering the attraction, it was a magnificent sight to see one of the wonders of the world. Our first impression was the amazement of the large and beautifully constructed structure, which inspired our group to take a lot photos to capture the moment. Fortunately, we had a brilliant tour guide, who was very knowledgeable about the Taj, which was built by the command of Shah Jahan to preserve the everlasting love he felt for his wife, Mumtaz Mahal, for all eternity. When we finally reached the inside of the Taj, we were able to see the two tombs that represented the final resting places of Shah Jahan and Mumtaz Mahal.

After hearing about how the Taj Mahal was built and how it was adorned with intricate precious gems, we were able to see first-hand how the descendants of the Taj Mahal’s designers still carry out the tradition of gem decoration. We were given a brief insight on the dying art of marble tabletops, which was a very interesting business. It seemed to be a group consensus to purchase as many souvenirs as possible from this unique art business. 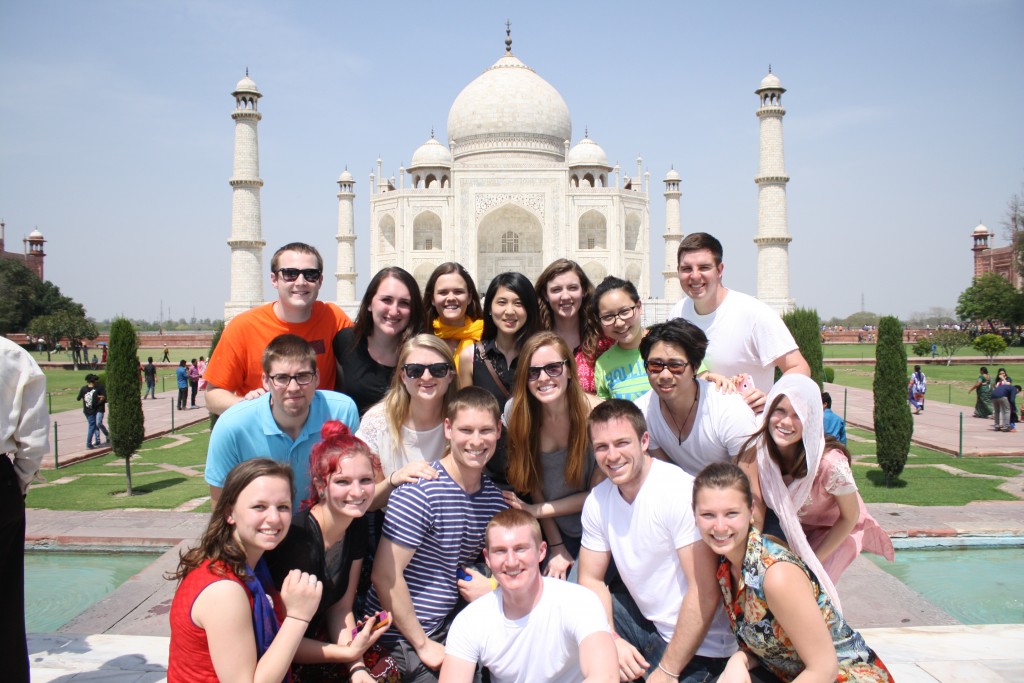 Illinois students at the Taj Mahal, one of the seven wonders of the world. Credit: ADMI/K.Wozniak

Last, but not least was the Agra Fort. For our final stop, we were led through this massive military palace by an exceptionally educated and insightful guide. The fort is an incredible piece of brilliant architecture to say the least. We were lead over two moats that supposedly had been full of alligators, which lead to a massive gate protected by another pit that was supposedly filled with lions, tigers, and bears. If any intruders were capable of making it through the gate, they would be faced with large rolling boulders and boiling water spraying out of the walls. We proceeded to travel through the fort and eventually reached several palaces within the fort that were constructed for the family who built the Taj Mahal. Learning the history of the fort was extremely educational as well as interesting and I can’t think of a better way to conclude a great day.

This happened to be both of our first times traveling abroad outside of North America. When we first stepped off the plane onto Indian soil we had no idea what to expect. The best way to explain how we felt was “multi-sensory culture shock overload.” From the smell of the environment to the sound of an overcrowded country and the feeling of the burning sun in an extremely humid climate, India was a lot to take in. We have already learned so many things from experiencing 5 jam-packed days of local interviews and site seeing. We can’t wait to see what day 6 has in store.

John and John were participants in the 2015 Supply Chain Management India study abroad trip organized by the program director in the College of Business at the University of Illinois at Urbana-Champaign, Professor Udatta Palekar. Throughout the 10-day trip, students observe how agricultural products in India move through supply chains from farm to consumer with a special focus on postharvest losses.