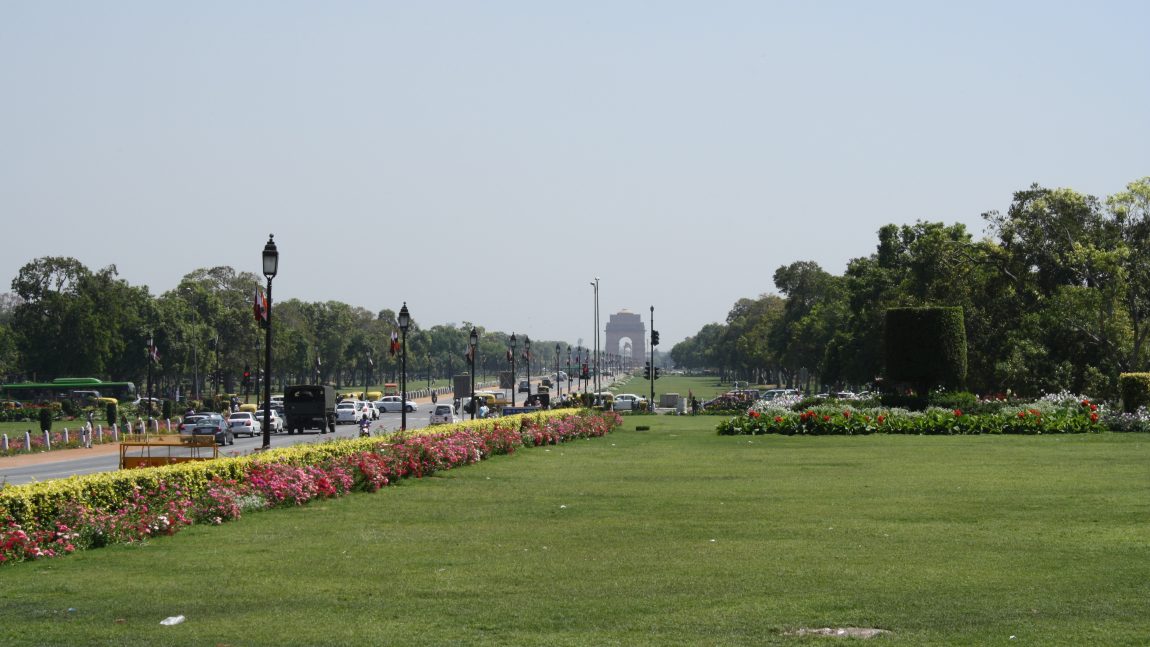 By Mary Happ, senior in Crop Science, and Cruz Xu, sophomore in Supply Chain Management, University of Illinois at Urbana-Champaign

Stepping off the domestic flight to New Delhi, it was clear we were in a whole new part of India before we even stepped foot outside the terminal.  The paint peeled walls and stuffy atmosphere of Chennai International Airport were replaced with high ceilings and smooth polished floors.  As our guide for the day led us to the bus, our eyes met with green grasses, flowers, and trees instead of construction zones and dust. 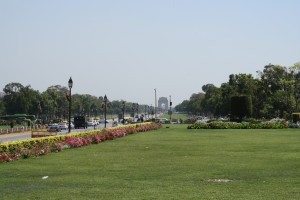 The cities of New Delhi and Chennai, while differing on many levels, share the common theme of homelessness. Here in New Delhi, people sleep on tarps under overpasses while expensive high-rise buildings can be seen in the background. Chennai, conversely, is farther behind in development. Homeless people appear more numerous and intense there. It is shocking to see how many people live in such helpless conditions. We visited several local families in a farm village near Chennai, one of which consisted of 7 people living in a 50-inch-squared room where they cook, watch TV and sleep. The living condition of these people in both cities is certainly troubling. But that seems to be where most similarities in New Delhi end. 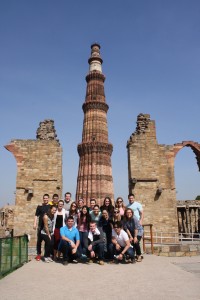 Upon arrival we visited the city center, where government agency buildings and embassies are located. In stark contrast to Chennai, we saw large open areas of green grass with several big fountain displays. Gorgeous flowers and shade trees are grown along the sidewalks, roadways, and medians. People rest in these spaces enjoying the sun. While it is comforting to see these more modern scenes, one can’t help but think about how badly people desired water in Chennai. It is awfully ironic that those who live in and around Chennai have struggled for years to have enough water for their farming practices, let alone for drinking and showering. Whereas in the city of New Delhi they use tons of water for the decoration of their city. Every year, farmers in and around Chennai lose acres of plants because they cannot get enough water. The farmers we interviewed there all listed extreme lack of water as their single biggest struggle.  It is clear that somewhere a better job could be done in distribution between the two regions where one is so clearly lacking an important resource.

After lunch, we went to the Qutub Minar tower and Lotus Temple. The tower is the highest in Asia and is amazingly beautiful as all the arches and figures were meticulously sculpted by hand. Almost unbelievably, the tower was built almost 1,000 years ago.

Overall, India is a mysterious and diverse country and it keeps surprising us  along the way. Everything is in contrast: between the rich and the poor, industrialization and tradition, and feeling welcomed and awkward due to the excessive attention we get. Day 4 of this trip proved to us that there is no one way to describe India, and contrasts can be seen in even the use of the most basic resource – water.

Mary and Cruz were participants in the 2015 Supply Chain Management India study abroad trip organized by the program director in the College of Business at the University of Illinois at Urbana-Champaign, Professor Udatta Palekar. Throughout the 10-day trip, students observe how agricultural products in India move through supply chains from farm to consumer with a special focus on postharvest losses.