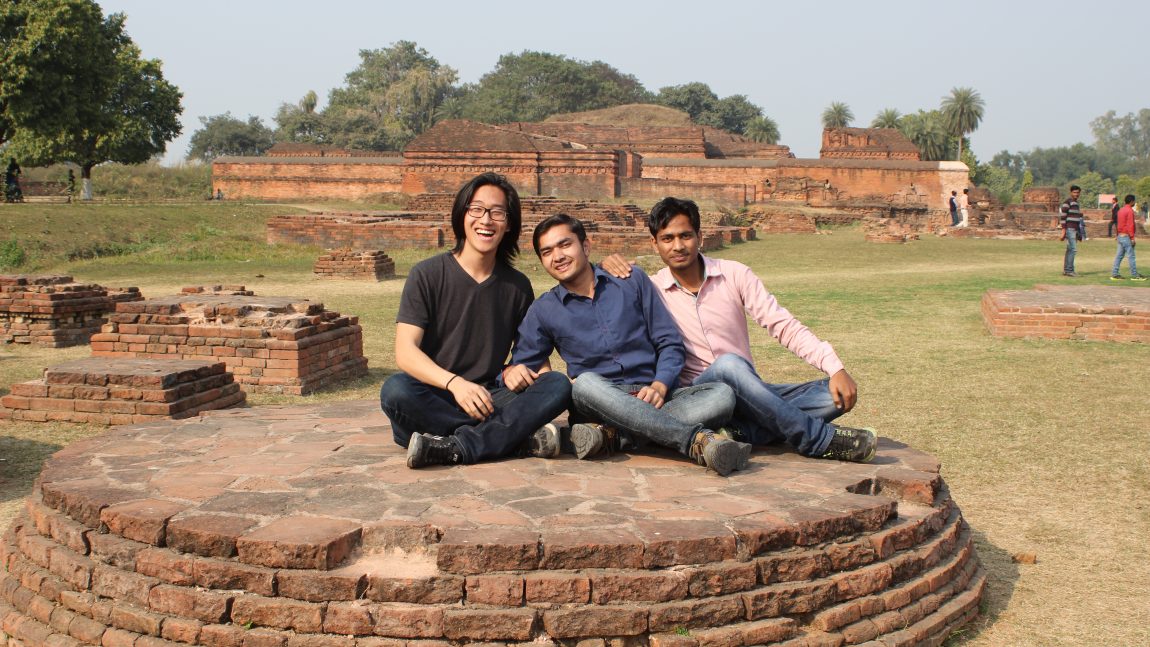 Travelogue 7: These issues impact all of humanity, we need to learn to work together

By Matthew Niewiara, University of Illinois sophomore majoring in agricultural and biological engineering 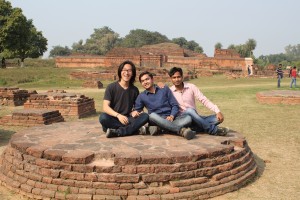 Students from the University of Illinois and RAU posing at Rajgir. Photo credit: ADMI/Alex Lake

Today, we had an early start to the day accompanied by a hot cup of “bed tea”, an everyday tradition at the Rajendra Agricultural University (RAU) guest house. One thing that has been very noticeable throughout this entire trip is the hospitality of our hosts. From the flexibility of the guest house staff to the friendliness of the RAU students, we have all felt very warmly welcomed.

We departed RAU at 6 a.m. and started on our way to Nalanda. About halfway through the five-hour drive, we stopped at a small restaurant for breakfast. In addition to the cultural food experience, which has consistently been fantastic, I learned a little about Indian body language gestures. During conversations with friends from RAU, we showed them the hand gesture for OK and in return, they explained the Indian “head bobble.” Unlike a yes or no head shake, this gesture consists of tilting your head left and right. It typically is used to signify that you understand what someone has said to you or as an affirmative response.

After a few more hours on the bus, we arrived at Nalanda and had the opportunity to see the ruins of a Buddhist monastery that supposedly is the first university in the world. The area we were able to see was part of a one square kilometer area that had been excavated. However, a majority of the monastery is still uncovered. As impressive as the ruins were, I can’t even begin to imagine how this facility must have been when it was first constructed. 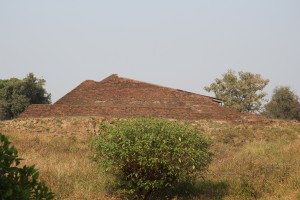 Later in the afternoon, we went to Nalanda University and listened to a lecture on postharvest loss by Dr. Prasanta Kalita. I found it particularly interesting to hear the reactions of some of the Indian students and Nalanda University faculty during the question and answer portion of the presentation. One question that was asked was: “Why do developed countries want to help developing countries when there are still problems occurring in their home countries?” I think the answer to this question goes back to the central idea that the problems being faced around the world are issues for all of humanity, not just individual countries. To effectively solve problems like postharvest loss, it will be necessary to work together and learn from each other so we can develop the most efficient solutions.

Matthew is a participant in the ACES 298: Postharvest Loss Prevention class organized by the ADM Institute for the Prevention of Postharvest Loss at the University of Illinois at Urbana-Champaign. Throughout the 12-day trip, students interact with policy makers and business partners in the agriculture industry, and work with fellow students at Rajendra Agricultural University (RAU).

Travelogue 1: Greetings from India
Travelogue 2: Fascinated by Indian culture, architecture
Travelogue 3: Leaving the city behind
Travelogue 4: Diving into PHL studies with RAU partners
Travelogue 5: To the villages of Bihar, we went
Travelogue 6: Stress in numbers for India rice losses
Travelogue 8: Like Buddha, seeking enlightenment through partnership
Travelogue 9: Drones, sub-surface irrigation, and other ‘game-changing’ technologies at BISA
Travelogue 10: A fond farewell to India