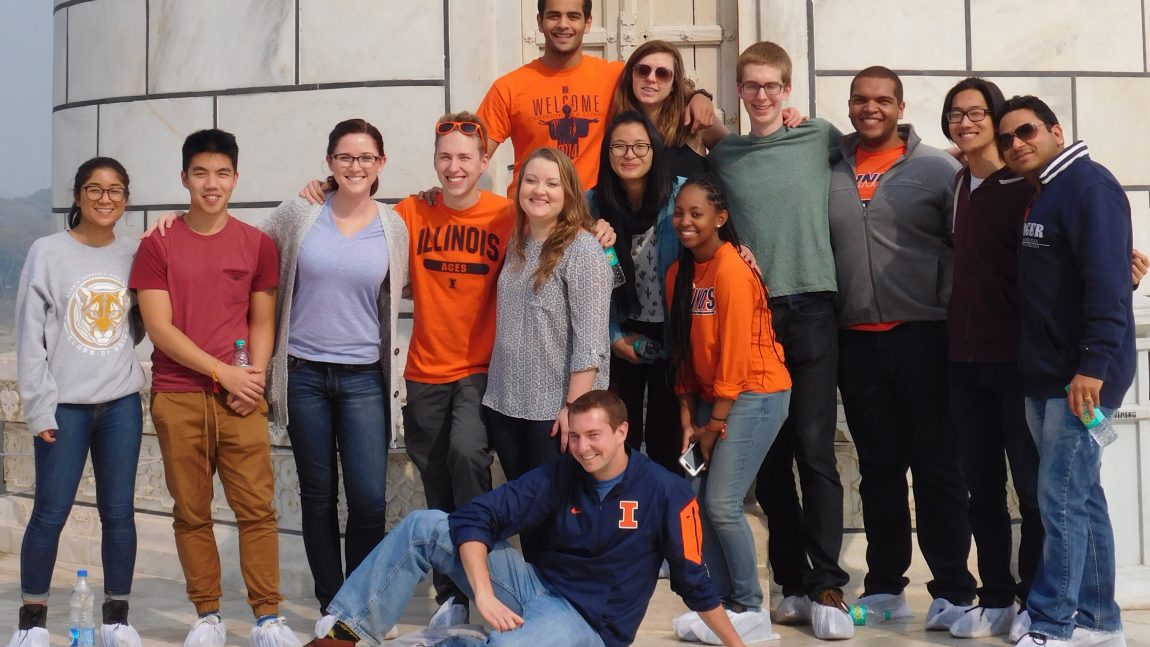 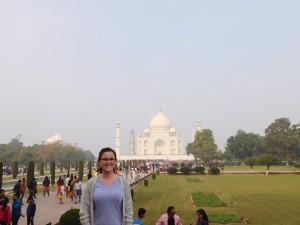 In our visit to Agra today, we gained more than just seeing the beauty of the Taj Mahal and Agra Fort. We spent the entire day learning about Indian culture, the history of the sites, and how they have been owned and kept over time. Of course, the size and intricate design of both structures alone were enough to amaze us, but to have the opportunity to learn about the history of the culture we will be immersed in for the remainder of the trip was a privilege, and will no doubt help us to appreciate our experiences here even more.

The trip into and out of Agra also gave us a new perspective on our surroundings. Although our time in India beforehand had included many changes from the states, Agra differed even further. New Delhi was more developed, and though traveling through the city still held some surprises for us – particularly in our day-to-day interactions, the relaxed nature of traffic laws, and the air quality, just to name a few – some aspects of the city were nearer to what we are used to. Agra, however, proved dramatically different. Cows walking in the streets was a common occurrence, things were not nearly as modern or updated, and the lifestyle obviously differed significantly from anything I had ever seen in the states, and this was all simply observed from the bus. 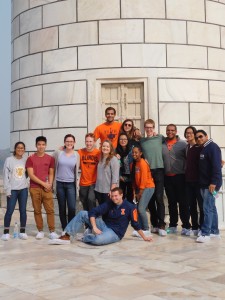 Students and faculty pose in front of one of the “leaning towers” of the Taj Mahal. Photo credit: ADMI

In our travels today, we learned about India’s past and the culture’s foundation, as well as its present and the variation in lifestyles led here in New Delhi and Agra. To gain such perspective this early in the trip lays a foundation for us to better understand the experiences we have later on in the context of the culture here. To see so many situations so different from ours back in the U.S. will also provide us with a perspective that will continue to be an asset, even after we return to the states.

Megan is a participant in the ACES 298: Postharvest Loss Prevention class organized by the ADM Institute for the Prevention of Postharvest Loss at the University of Illinois at Urbana-Champaign. Throughout the 12-day trip, students interact with policy makers and business partners in the agriculture industry, and work with fellow students at Rajendra Agricultural University (RAU).

Travelogue 1: Greetings from India
Travelogue 3: Leaving the city behind
Travelogue 4: Diving into PHL studies with RAU partners
Travelogue 5: To the villages of Bihar, we went
Travelogue 6: Stress in numbers for India rice losses
Travelogue 7: These issues impact all of humanity, we need to learn to work together
Travelogue 8: Like Buddha, seeking enlightenment through partnership
Travelogue 9: Drones, sub-surface irrigation, and other ‘game-changing’ technologies at BISA
Travelogue 10: A fond farewell to India