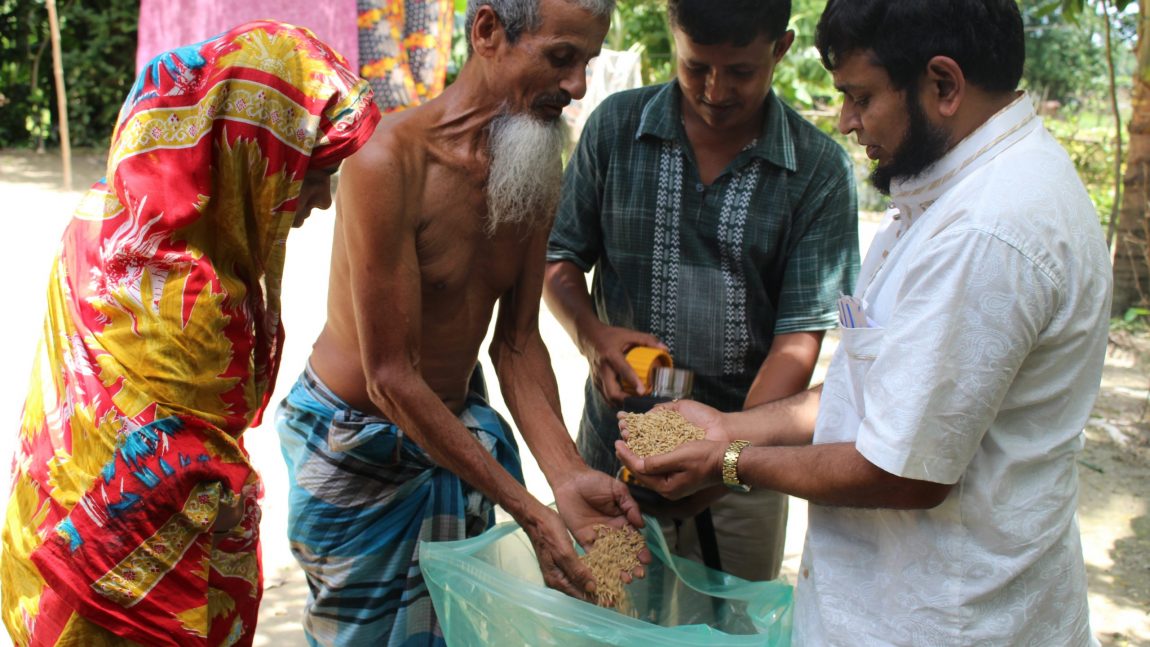 Research shows that access to improved storage technology can play both direct and indirect role in increasing smallholder farmers’ incomes. In a large field experiment in the state of Bihar in India, we find that having access to improved storage technology helped smallholder farmers reduce quantity losses during storage, store for a longer duration, receive higher prices for stored grains, substitute consumption away from market sources to own stocks, and reduce aflatoxin contamination. We also find that farmers recover the full unsubsidized cost of the storage technology in one agricultural season. It is easy to assume that with such wide-ranging benefits, farmers must be willing to adopt improved storage technology when made available in the market. However, we know from past research that across the world, there are examples of various beneficial technologies that remain unadopted.

What, then, can we do to encourage technology adoption among farmers who stand to benefit the most from improved storage?

Promoting Adoption of Improved Storage Technology: Subsidize or not?

We know that some technologies are “experience goods” and a one-time subsidy can provide potential users the opportunity to understand the benefits of the technology, and hopefully, decide to adopt it. However, policymakers often worry that providing large initial subsidies may set a wrong precedence, distort the expected price of a new technology and make people less likely to adopt and continue to use a technology once the subsidy is discontinued. We test the impact of such a one-time subsidy on later adoption using a randomized field experiment in Bihar. We provide farmers varying levels of one-time purchase subsidy using either flat-rate or randomized discount coupons for hermetic storage bags and find that for improved storage, farmers are willing to pay nearly three times the price of conventional jute storage bags. Farmers’ willingness to pay increases by nearly 13 percent when we provide them information about the detrimental health effects of consuming aflatoxin contaminated grains and how improved storage can reduce aflatoxin contamination. After farmers used improved storage for a year, we provide them another opportunity to purchase the technology at subsidized price and measure their demand.

Key Findings: Subsidized, but not free!

Our main results suggest that a one-time subsidy helped farmers understand the benefits of improved storage technology and, consequently, led to nearly 26 percent increase in willingness to pay in subsequent purchase decisions. We also find that farmers who stood to benefit the most from adopting improved storage had the lowest initial willingness to pay for it and thus, a large initial subsidy was crucial in making technology accessible to them.

Our results suggest that large initial subsidies encourage farmers to adopt technology, update their beliefs about the benefits of the technology, and increase their willingness to pay for it later, unless the initial subsidy results in zero prices being faced by the user group.