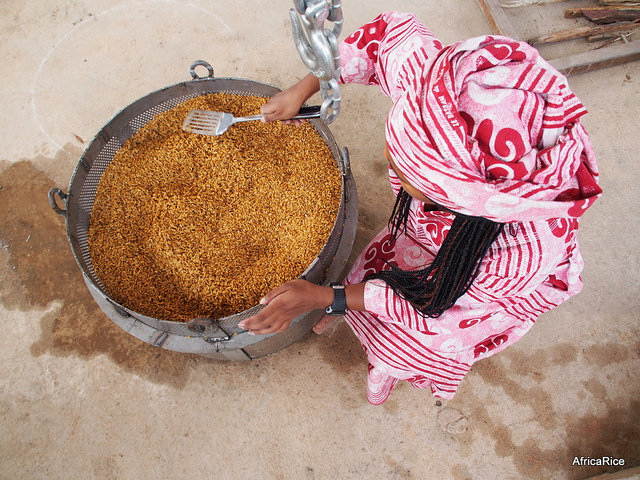 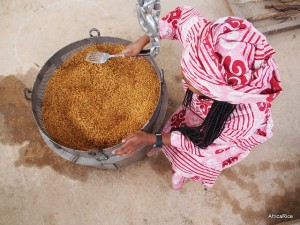 Paddy rice production in sub-Sahara Africa (SSA) in 2014 was estimated at 22.2 million tonnes (IRRI, 2015) but this quantity does not reach the table of consumers due to physical grain loss (PGL) during inappropriate post-harvest processing. Furthermore, poor post-harvest processing causes grain quality loss (GQL) and ruins market values of the final products for consumers.

Although post-harvest technologies exist to protect harvests, these have not been adopted in SSA to reduce losses usually. The following reasons may help explain this trend:

1. Most actors in SSA do not know the magnitude of the losses and how it affects productivity (quantity and market value).

3. Even if users do understand the adoption of technologies may produce better quality, they are not motivated to use without credit for more revenue with better quality products.

4. Users often do not understand how to use the technologies appropriately. This may be linked to the absence of spare parts and after-sale services for most technologies because the manufacturer/supplier of the technologies is far (Europe, USA, America or Asia) from the end-user in SSA and results in the abandoned post-harvest equipment frequently observed in SSA.

5. Technologies themselves were developed without taking the socio-cultural context into account. For instance, little attention was given to the gender aspect of technologies, though women are often major players in some post-harvest processes. 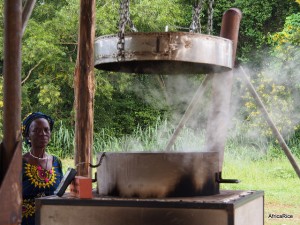 Technologies that have worked in reducing rice post-harvest losses in SSA have been those developed with the participation of end-users at all stages of development (problem identification, technology designing, testing, adaptation, validation) and out-scaling (dissemination and training). This process allows the end-users to tailor the technology to suit their specific needs. Also, the manufacturers/suppliers of these technologies were locally based, increasing the chance for them to collect feedback from end-users and further improved on the technology as needed. The accounting operations of end-users demonstrating the financial benefits due to the adoption of these technologies in the innovation platform were critical in generating interest amongst value-chain actors to invest in the technology. An example of such a technology is the GEM parboiling technology developed by Africa Rice Center and partners, which may reduce quality losses, such as grain breakage, and add value to the products — more preferred taste by consumers in some areas.

There are some promising approaches and frameworks towards reducing rice postharvest losses in SSA. These include:

The 2015 PHL Congress was important in bringing to center stage the issue of post-harvest losses in the world. This Congress increased interaction and networking between actors in different post-harvest value-chains. However, jointly-funded projects are needed to tackle post-harvest issue along different value-chains to strengthen the PHL Community of Practice.