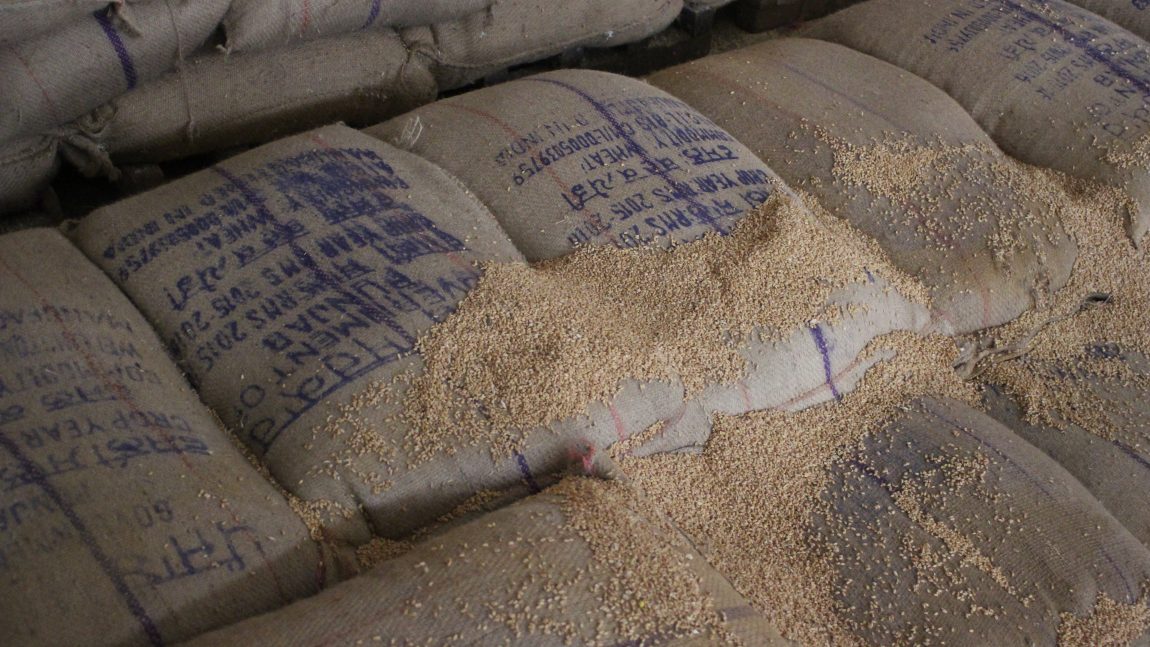 By Shean Lin, University of Illinois student majoring in agricultural and biological engineering 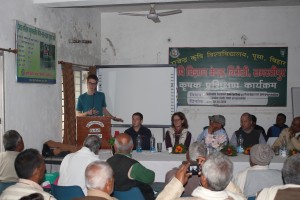 UIUC student Matt Niewiara gives his perspective to the local farmers and panelists at the KVK about his experience in India. Photo credit: ADMI/Hitarth Patel

Hello readers! I’m currently writing to you from the lobby of the RAU guest house. Today was hectic and long as they all are. Our first stop was a field trip to a sizeable grain storage facility. Covered behind a fleet of colored trucks and vehicles was the entrance to a compound of three large warehouses, each separated by deep troughs filled with fine dust and detritus. Inside are the familiar dusty walls of spilled grain and threadbare bags, stacked to capacity and laid at length. The tour is conducted mostly in Hindi and translated back to us by Deepak Kumar. A figure for storage losses is thrown out: 0.03%. Everyone is a little jarred and questioning, so the speaker increases the figure to 0.05%. After more discussion and questions asked, the operator raised his initial loss estimate to 0.1%. The postharvest storage loss estimate was again increased to between 0.3 or 0.5% after the group developed a lack of faith. To me, it seems very hard to get a clear answer in this Indian culture we have witnessed so far. It’s easy to forget that we’re being led around and shown what others want us to see. Everyone in our group showed skepticism after hearing the multiple changes in numbers. 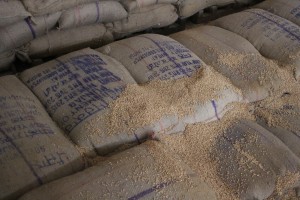 We eventually leave the storage facility and headed over to the KVK, an agricultural society meant to bridge the distance between the government and farmers to benefit both sides. We find ourselves submerged again in a sea of Hindi. Three-fifths of the board members are without translators and the confusion is visible in their expressions. It’s hard to make out what anybody is saying, but soon people begin to stand and speak passionately and rapidly. I later learn that one of the men was upset at the suggestion of parboiling his rice, an action that would have solved his problem but resulted in a lower profit. The researcher leading the discussion is clearly a successful farmer with much wiggle room, although the others in the audience are not. The divide in perspective becomes apparent as the conversation goes on and frustrations rise even further.

Shean is a participant in the ACES 298: Postharvest Loss Prevention class organized by the ADM Institute for the Prevention of Postharvest Loss at the University of Illinois at Urbana-Champaign. Throughout the 12-day trip, students interact with policy makers and business partners in the agriculture industry, and work with fellow students at Rajendra Agricultural University (RAU).

Travelogue 1: Greetings from India
Travelogue 2: Fascinated by Indian culture, architecture
Travelogue 3: Leaving the city behind
Travelogue 4: Diving into PHL studies with RAU partners
Travelogue 5: To the villages of Bihar, we went
Travelogue 7: These issues impact all of humanity, we need to learn to work together
Travelogue 8: Like Buddha, seeking enlightenment through partnership
Travelogue 9: Drones, sub-surface irrigation, and other ‘game-changing’ technologies at BISA
Travelogue 10: A fond farewell to India