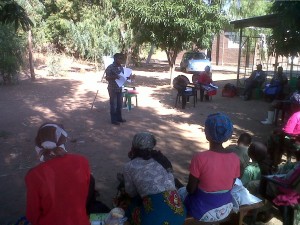 The Department of Horticulture at Lilongwe University of Agriculture and Natural Resources (LUANAR) -Bunda Campus, in Malawi, is one of the agricultural institutions taking a leading role in the reduction of postharvest losses in horticultural crops in the country. Malawi is an agro-based economy country. The country has been relying on tobacco production as its main source for earning currency.

However, due to the global anti-smoking campaign lobby, the tobacco market has been facing a lot of challenges, which has negatively affected farmers. To diversify its economy base, the Malawi government has looked for alternative crops. Horticultural crops are emerging to have the potential in resuscitating the economy of the country. However, the sector is largely challenged by high postharvest losses of crops due to various factors such as pest and disease infestation both during pre and postharvest, lack of knowledge on proper postharvest handling practices which result to mechanical damage, lack of proper storage and packaging materials, and poor infrastructure such as poor road networks and poor market structures and facilities. On average, it is estimated that more than 50% of the fruits and vegetables are lost particularly when they are in their peak season. This is a great loss to the economy of the country when it is struggling to feeding the growing population.

Through its mandate, the Horticulture Department at LUANAR has embarked on providing training to students enrolled under the Bachelor of Science degree in Horticulture on postharvest physiology and management of horticultural crops. The aim is to increase capacity among those who would later work as researchers and extension workers on how to manage horticultural crops after they have been harvested. The department also carries out research and developmental research projects with farmers in order to reduce postharvest losses. 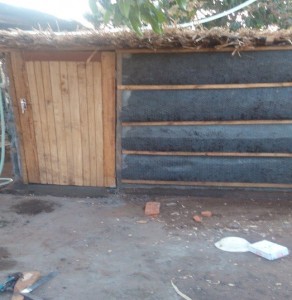 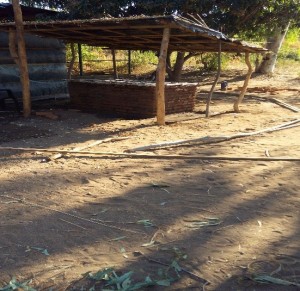 One of the recent research projects has been carried out in Salima district with farmers that belong to Ngolowingo Cooperative. The project aimed at building capacity of farmers in postharvest handling of vegetables such as tomato, mustard, and onions. Through the project, farmers have been trained on proper postharvest management techniques and use and construction of a Zero Energy Chamber and charcoal cooler, which are alternative cool storage facilities that can be constructed at a lower cost. These facilities have been tested and have been found to maintain shelf life of tomato for 21 days when harvested at the ripening stage, whilst leafy vegetable can extend their shelf life by 8 days before losing their green colour. This is a great achievement, as it will enable farmers retain the nutrition content of the produce as well as enable farmers to have prolonged time for selling their produce on the market before they lose quality.