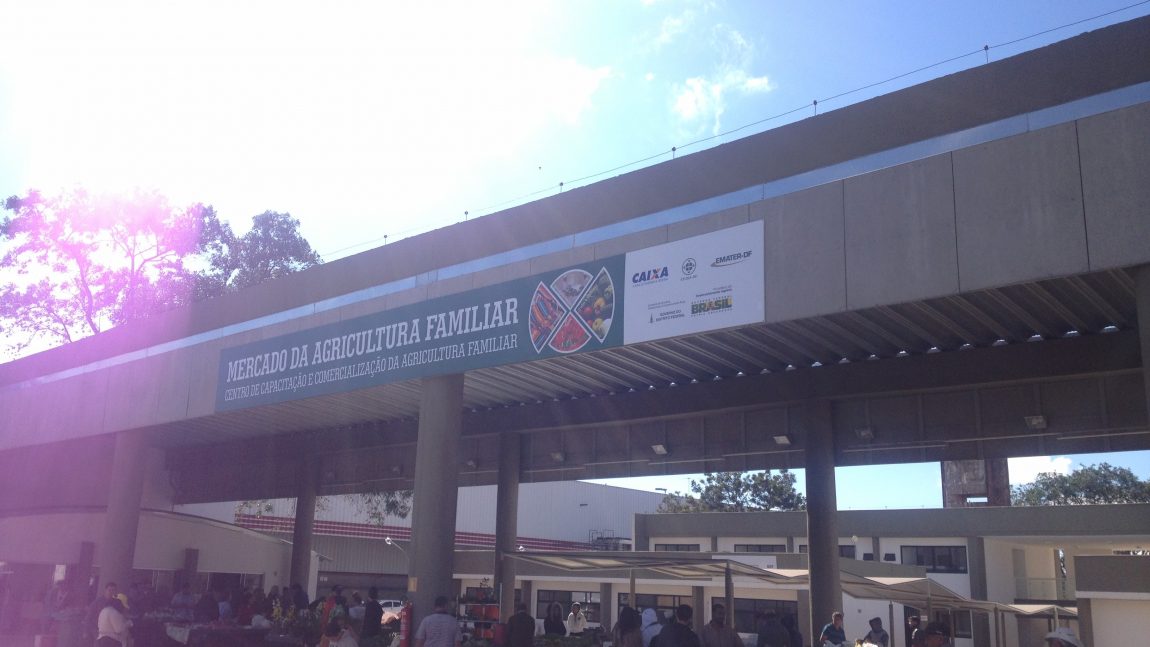 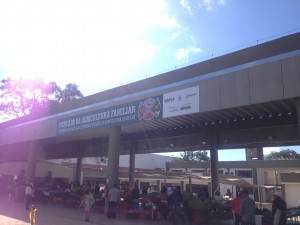 Family farmer’s market in Brasilia’s wholesale market (CEASA): a governmental action to include smallholder farmers in the market / Gilmar Henz

I have been working with postharvest pathology and technology of vegetable crops since 1989, when I became a researcher at Embrapa Vegetables Postharvest Lab in Brasilia, Brazil. My first seminar at my new job was about PHL estimates in Brazil. This subject have always captured my attention and my interest. So, after 26 years I am having the golden opportunity to review it again, update data and think about this fascinating theme. Furthermore, I was able to present a current view on PHL in Brazil to a broader audience in Rome.

Now that I am back home, I have been working on a full paper about PHL estimates of perishables in Brazil to be published in English, since 95% of the relevant Brazilian literature is available only in Portuguese. By critically reviewing these documents, it is possible to learn many interesting things on the current situation of PHL, beyond guess-estimates and percentages.

Many initiatives have been started to reduce PHL in Brazil. Embrapa, universities, and other institutions are committed to developing and adapting existing technologies to reduce PHL in fruits and vegetables in Brazil, as many of the available technologies are not used because of costs, including equipment, labor, and energy.

Another example of a comprehensive government initiative that I would point to is the Program of Food Acquisition (PAA), a scheme aimed at integrating smallholder farmers into the market. In this program, local agricultural products are bought for school feeding schemes, and specific markets are constructed for smallholder farmers and organic farmers to trade their products directly to consumers, without middlemen or intermediates, at the same location where the traditional wholesale market (CEASA) happens in Brasilia (Brazil´s capital city, Federal District).

Regardless of the improvements experienced by Brazilian agriculture in the last decades, reducing PHL of perishables as a main goal still needs more effective governmental initiatives, especially those that collaborate with the private sector, such as supermarket chains, and other civil society organizations. One important aspect in reducing PHL in Brazil is trade relations that link farmers to wholesale and retail markets, which is still quite informal. Most food products in Brazil are sold by supermarkets, which have around 70% of market share for fruits and vegetables. So, any solution to address PHL depends on supermarkets and their relation with wholesalers and farmers. 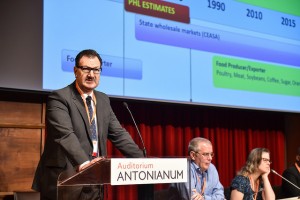 Gilmar Henz presents during the first concurrent session on Day 1 of the congress. / © Francesco Vignali Photography

I think that consumer education on how to reduce food waste should be included in the PHL Roadmap. This way, it is possible to reduce pressure on farmers for deceptive standard quality parameters for fruits and vegetables, such as appearance and size. Consumers should also be encouraged to buy more seasonal and locally grown fresh produce. Linking consumers directly with local farmers can reduce PHL because it would not be necessary to adopt some expensive technologies to keep perishables fresh. In a large country like Brazil, fruits and vegetables are transported by trucks from the main wholesale market (CEAGESP, in São Paulo) to other localities, such as Belem, North Brazil, 3,000km away in only 3 days! A recent TV program has shown that half of the Brazilian truck drivers are on illegal drugs to overcome exhaustion.

The 2015 PHL Congress provided me a perfect opportunity to meet people from all over the world working on the subject, and exchange ideas and share knowledge. There was not enough time to meet all the participants, but I tried my best to contact as many people as I could! There were 7 participants from Brazil and I only had met before Dr. Murillo Freire and Dr. Antonio Gomes, two colleagues from Embrapa Food Technology (Rio de Janeiro), one of 47 Embrapa units responsible for developing agricultural technologies. Dr. Freire is the Brazilian representative to the FAO Save Food Program. I was so happy to meet Prof. José Caixeta-Filho and 3 graduate students from ESALQ/USP (Thiago Pera, Daniela Bartholomeu, Augusto Gameiro) and have the opportunity to discuss PHL in Brazil with them. Dr. Caixeta-Filho has been publishing relevant papers on PHL since 1995. I also met Prof. Alex Gonçalves, from UFERSA (Mossoró), who does relevant research on PHL of fisheries in Brazil, a subject that I have never heard of.

A PHL Community of Practice will work as a permanent platform of knowledge sharing among members. As PHL is a broad, complex subject, I would suggest a division of specific themes by product (grains, fruits and vegetables, and fisheries).