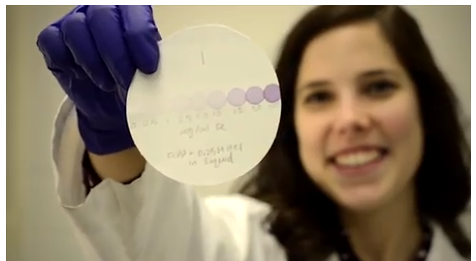 Despite wide implementation across most low- and middle-income countries, inadequate monitoring and evaluation systems undermine fortification efforts. Many countries require food companies to fortify staples such as salt, milk, corn, rice, and wheat flours to address micronutrient gaps, especially among vulnerable groups. However, the lack of laboratory capabilities, inexpensive equipment, and specialized personnel limit the ability of governments and food companies to assess the quality of fortified foods and the potential adulteration of foods entering local markets.

To address this issue, Dr. Juan Andrade and his team developed Nu3Px, a low-cost sensing technology consisting of a paper-based, colorimetric assay designed for use with a smartphone camera and an app to determine the fortification level in various flours.

This project aims to develop a smartphone application to interface with the Nu3Px paper-based assay to determine the amount of iron in fortified foods (e.g., corn, rice, and wheat flour). The app interface will be amenable to other nutrients (e.g., folate, vitamin A, zinc) as paper-based assay development optimization expands.

Andrade and University of Illinois doctoral student Anna Waller developed the smartphone app. Waller piloted and successfully validated the application and assay with a Fulbright-funded research grant in Querétaro, Mexico, in collaboration with the Universidad Autónoma de Querétaro.

The app was validated in Mexico using 50 local corn flour samples from various producers and is available for use in multiple countries and languages and for various micronutrients such as zinc, vitamin A and folate. The team has filed a provisional patent for the technology and the algorithm.

Waller completed a further qualitative study to understand the technological needs and limitations of the food industry in Mexico, especially among the companies focused on fortification of maize flour. This was part of the Fulbright-funded work, building on the work funded by ADMI.

This project is ongoing.